Pressing Public Issues grew out of a 2017 collaboration between a Guttman Community College course for first-year students, the James Gallery, and the Teaching and Learning Center. Inspired by nine ‘State in Time’ artists in the James Gallery’s “NSK State Art: New York, The Impossible Return” Spring 2017 exhibition — who, instead of directly and straightforwardly critiquing and attacking dominant ideologies, destabilize these ideologies by overidentifying with their symbolism — the Guttman students created their own “State in Time” projects in response to their pressing concerns within the ongoing political crisis. Each student first selected an existing image or symbol of particular relevance to their lives and their local communities, and then visually reinterpreted it by exposing its hidden meanings and historical resonances. This initiative culminated in the students curating a collective exhibition of their visual projects at the James Gallery in June 2017, entitled “State in Time: Resistance and…,”which challenged themselves and viewers to rethink what it means and looks like at present to be “critical,” to be “radical,” and to “resist” by experimenting with playful and eclectic strategies that allow for multiple perspectives and critiques to be heard at the same time.

Work has been done with and for the public by scholars and students across CUNY for years, and now, encouragingly, there is increased recognition and promotion of the importance of such public scholarship and engagement. This project also reflects a commitment to raising the visibility of the experiences of community college students and faculty within the walls of the Graduate Center and to the publics with which we engage. Pressing Public Issues supports and deepens this work in a pedagogical space that allows practitioners and students to reflect and act on what it means to have a public voice, which publics they identify with, which publics they feel the need to engage with, the complexities of public-private dynamics, and the relationship between knowledge-production and social change. The experimental, collaborative and creative nature of Pressing Public Issues provides participants from across CUNY and cultural fields in New York City a unique opportunity to carefully consider the production of language and symbolic meaning through various expressive modes in an age when the questions of the limits of free expression, what constitutes offense, and what are facts are hotly debated and highly divisive.

Co-sponsored by the James Gallery, the Teaching and Learning and Center, and the CUNY Humanities Alliance. 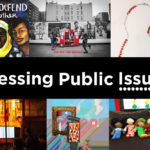 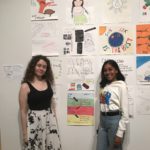 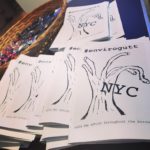 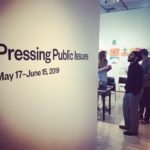 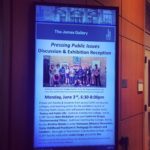 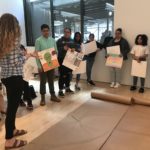 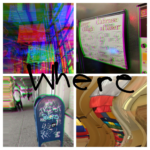 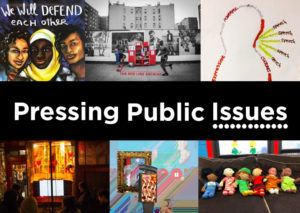 Need help with the Commons? Visit our
help page Send us a message

Built with WordPress Protected by Akismet Powered by CUNY